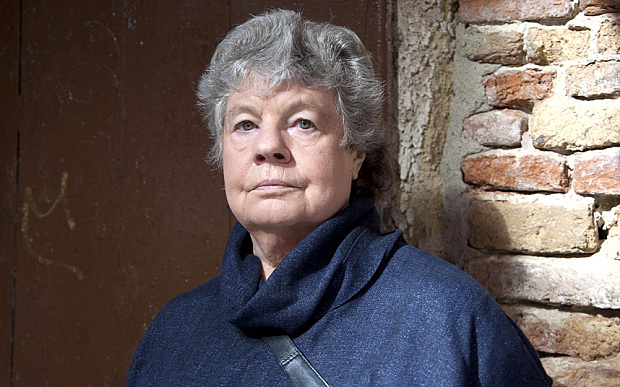 A(ntonia) S(usan) Byatt (née Drabble) was born in Sheffield (Yorkshire) on 24th August 1936. Her father is His Honour John Frederick Drabble, QC, and her mother is Kathleen Marie Bloor. One of her sisters is novelist Margaret Drabble, and her other sister is art historian Helen Langdon. A.S. Byatt attended Sheffield High School and then the Quaker Mount School. After her secondary education, she went up to Newnham College, Cambridge, later to Bryn Mawr College in Philadelphia, USA, and then to Somerville College, Oxford. In 1959, A.S. Byatt marries Sir Ian Charles Rayner Byatt. The couple have a daughter and a son who is killed in a car accident when he is eleven years old. From 1962 until 1971, A.S. Byatt lectures in the Department of Extra-Mural Studies at the University of London, and from 1965 until 1969 she lectures in Literature at the Central (Saint Martins) School of Art and Design. In 1964, she published her first novel The Shadow of the Sun, and this was followed by Degrees of Freedom (1965), which was later reprinted as Degrees of Freedom: the early novels of Iris Murdoch (1994), and her second novel The Game (1967). In 1969, A.S. Byatt's marriage to I.C.R. Byatt is dissolved, and in the same year she marries Peter John Duffy. The couple have two daughters. From 1972 until 1981, she is lecturer in English at University College, London, later becoming, from 1981 to 1983, Senior Lecturer. In 1976, the first of A.S. Byatt’s Federica quartet, The Virgin in the Garden, was published, a quartet that includes Still Life (1985), Babel Tower (1996), and A Whistling Woman (2002). In 1990, her novel Possession: a romance won the Booker Prize, and in the same year, A.S. Byatt is awarded the CBE (Commander of the British Empire). In 1999, A.S. Byatt is awarded the DBE (Dame of the British Empire), and in 2003, the Chevalier de l'Ordre des Arts et des Lettres (France).